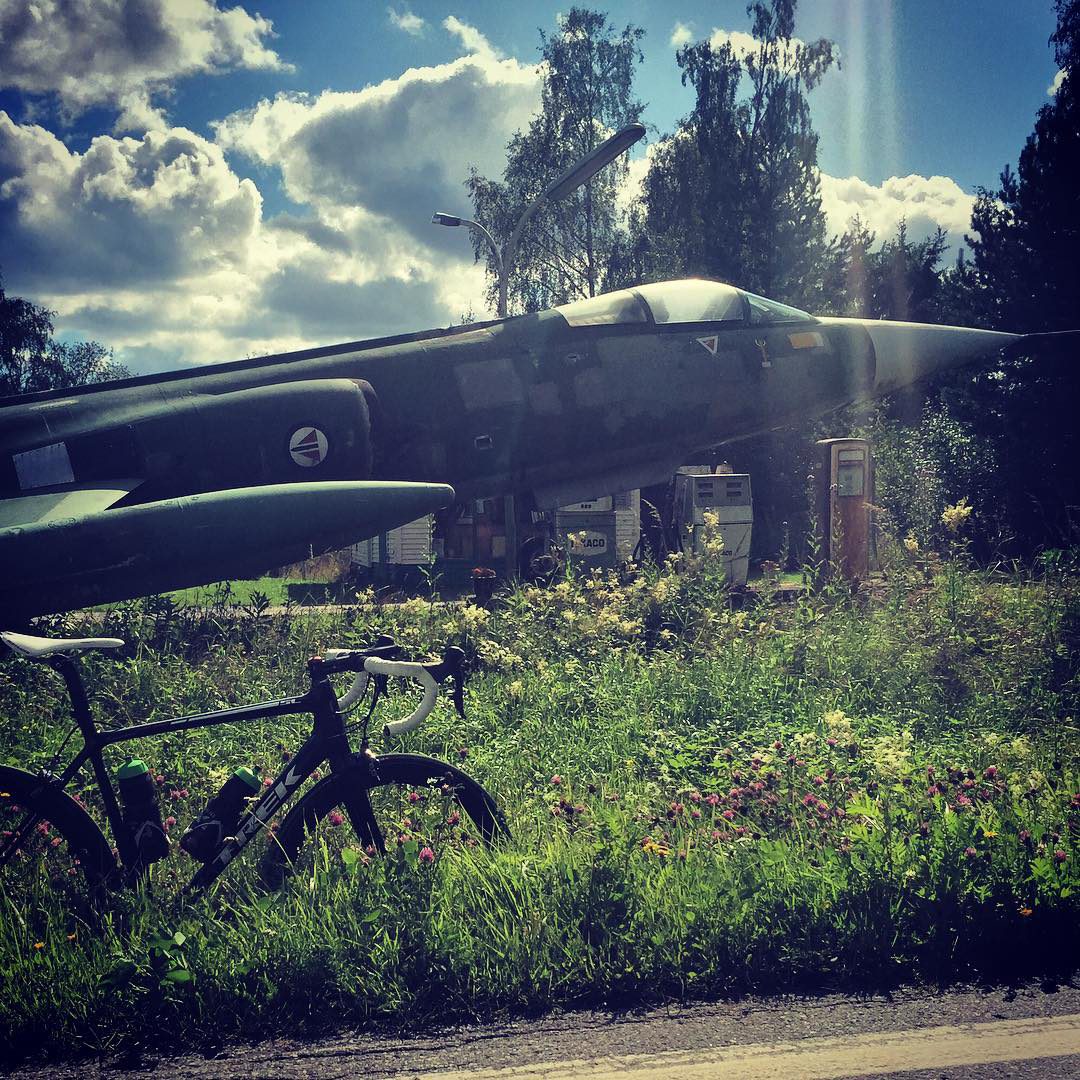 This brilliant picture is shot by Jonny Slåttvik and published on his profile on instagram (@jonnyslaattvik). NorskSykling then added some words and repostet it on our own profile (@norsksykling). If you want to see more fantastic shots from Jonny Slåttvik – just follow the button below.

Testing his speed against an aircraft

Jonny Slåttvik was out testing his speed against an aircraft. Unfortunately we never got notified of who the winner was of this pace test.

F-104 Starfighter in their garden

The picture is shot in Ringsaker. A municipality in Hedmark county, Norway.

On an old road over Åshøgda between Rudshøgda and Moelv you find Mariendal Car Repair Shop. And they actually have this American Lockheed F-104 Starfighter in their garden (!)

After its introduction, a number of records was set related to altitude and speed. The fighter was put into service in the US Air Force in 1958, but was due to poor range and capacity phased out in 1967.

Norway received their first F-104 in 1963. The aircraft was delivered as part of the US military aid program, and Norway therefore did not pay anything. The aircraft was replaced by F-16 in 1981, and the Starfighter was in the late 1980s set in reserve and then phased out.

The fighter gained a reputation as being difficult to fly. 292 of 916 aircraft that served in the German Air Force crashed and a total of 115 pilots lost their lives. 13 of 45 Norwegian aircraft were also lost, while 6 Norwegian pilots and one technician were killed in crashes in the period 1963 to 1981.

The Ringsaker region also offers several bikeraces. Among other is the Sjusjørittet. 56 km and 1298 meters to climb. With great mountain terrain between Sjusjøen, Nordseter, Hornsjø and Åstdalen. A varied and exciting trail.