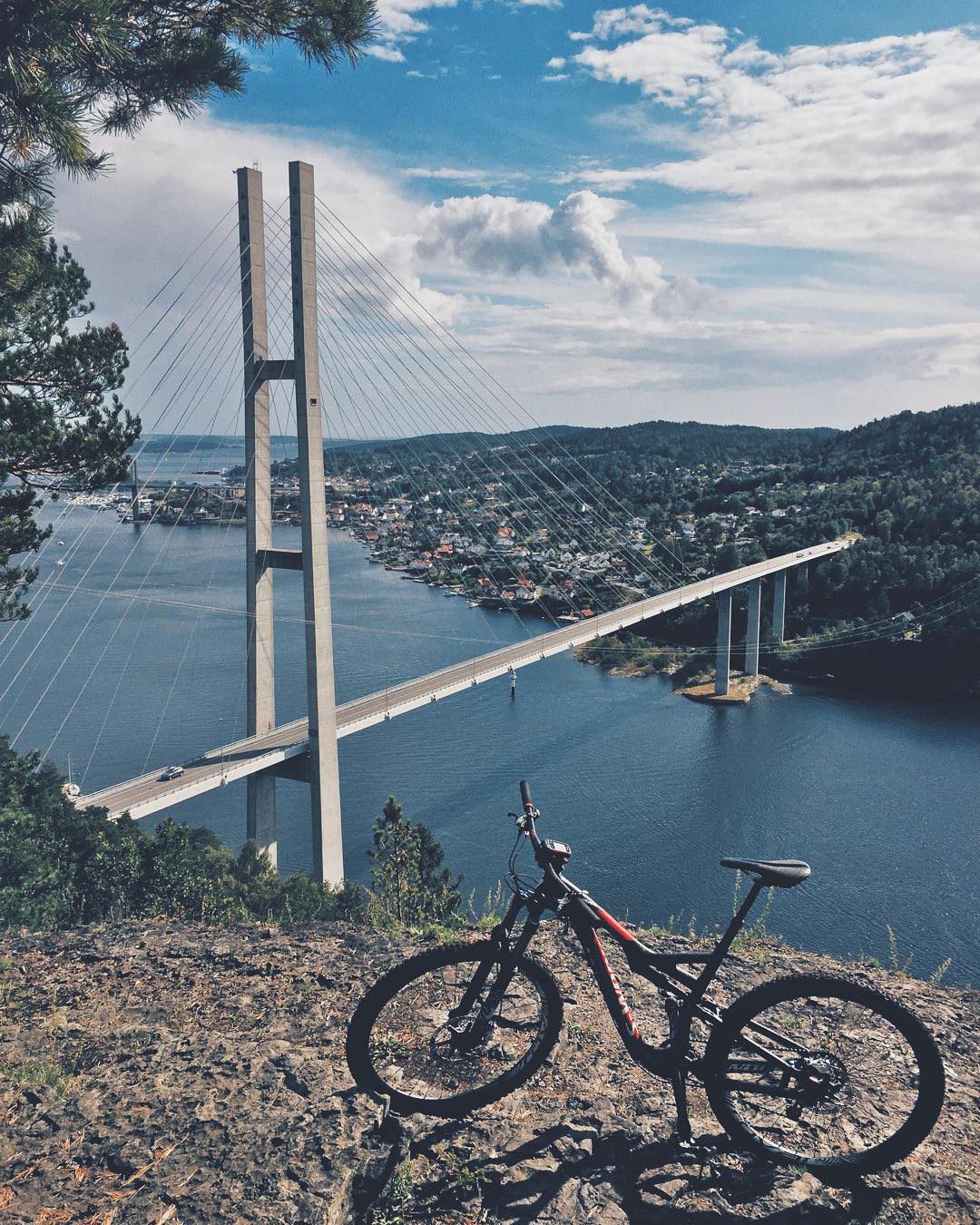 This brilliant picture is shot by Krister Sørbø and published on his profile on instagram (@kristerfoto). NorskSykling then added some words and repostet it on our own profile (@norsksykling). If you want to see more fantastic shots from Krister Sørbø – just follow the button below.

On the trail Frierstien. This is part of the coastal path (Kyststien) in Porsgrunn. It connects areas along Frierfjord west on Eidanger peninsula.

Ride along the coast or inland

Travel by bike in grenland is a great thing. Whether you choose to ride along the coast or inland there are many wonderful routes here. See visitgrenland.no for more info.

In the south of Norway

You see the bridge? This is the Grenland Bridge (Grenlandsbrua). Norway’s highest cable-stayed bridge with a tower height of 168 metres. It crosses the Frierfjord, a fjord which separates the municipalities of Porsgrunn and Bamble.