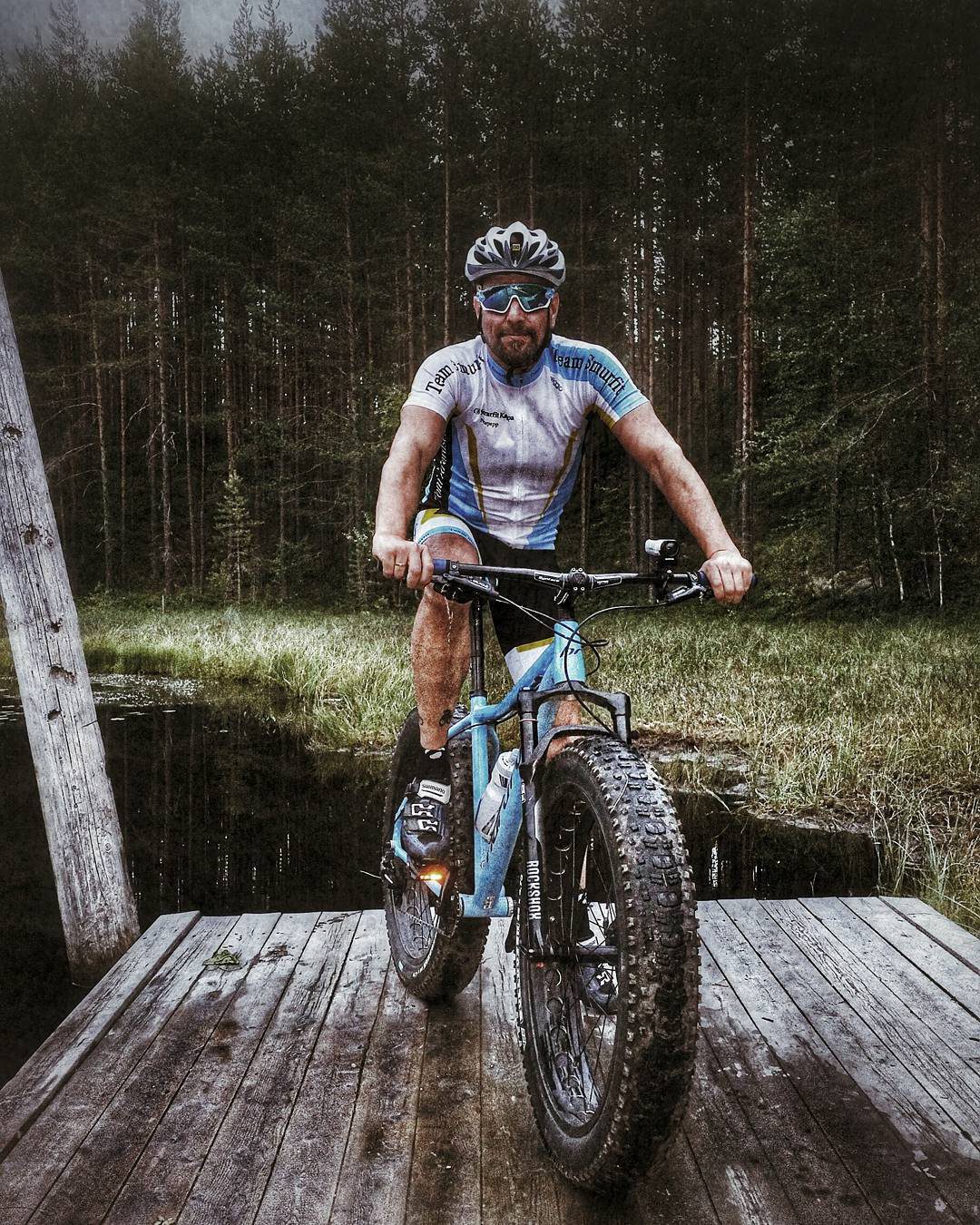 This brilliant picture is shot by Toni and published on his profile on instagram (@photobikernatureman). NorskSykling then added some words and repostet it on our own profile (@norsksykling). If you want to see more fantastic shots from Toni – just follow the button below.

Did you know that although the early versions of fat-tired bikes were probably built on a limited basis as long ago as the early 1900s, the first modern fatbike was designed by French cyclist Jean Naud in 1980.

Fatbikes were first invented for winter trail riding and racing in sub-arctic Alaska.

Designed to achieve a large contact patch of tire on snow

In the late 1980s, Alaskan frame builders began experimenting with custom components and configurations designed to achieve a large contact patch of tire on snow.

Steve Baker, with Icycle Bicycles in Anchorage, Alaska, was welding together two rims and even three rims and built several special frames and forks that could accommodate two or three tires together.

Roger Cowles (riding his famous «6 Pack»), Mark Frise, Dan Bull and one other rider rode the entire length of the Iditarod Trail from Knik to Nome in 1989. 1600km.