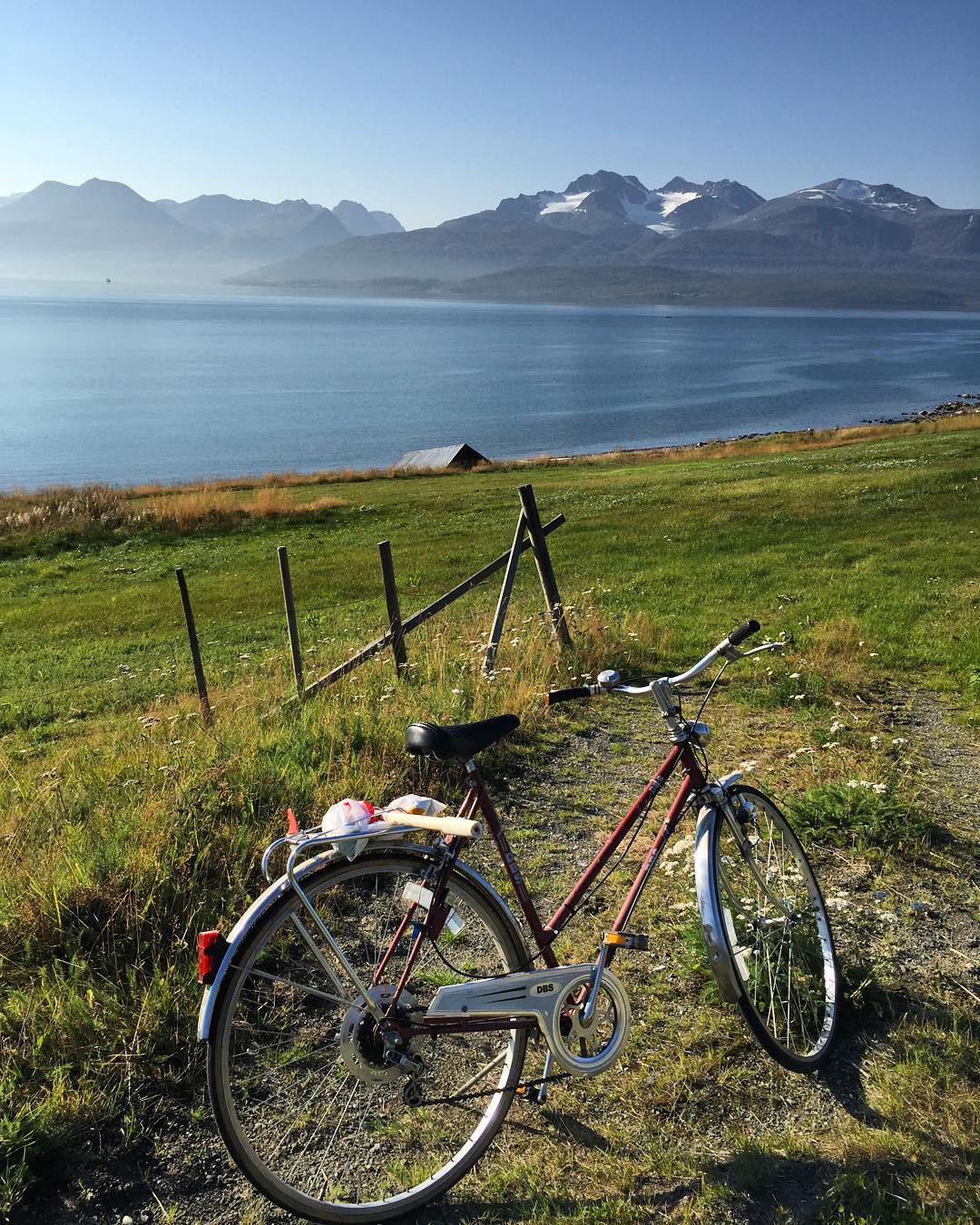 This brilliant picture is shot by Vilde Kvammen and published on her profile on instagram (@vildeofthenorth). NorskSykling then added some words and repostet it on our own profile (@norsksykling). If you want to see more fantastic shots from Vilde Kvammen – just follow the button below.

It is the largest but least populated county in Norway.

The race Arctic Race of Norway has been through here. This is an annual multiple stage bicycle race held in northern Norway. The first edition was in 2013.

The race is an official UCI-sponsored event, and has been placed as part of the Europe Tour. The first two editions were rated as 2.1 events. From 2015 it was rated as a 2.HC event.

Look closely at the bike. It is a DBS, also known as «Den Beste Sykkel» (lit. The Best Bike).

A Norwegian bicycle brand, manufactured by Jonas Øglænd AS in Sandnes, Norway.

DBS was sold to Monark in 1989 and after several mergers became part of Cycleurope in 1996,the company behind brands such as Monark, Crescent, Peugeot, Cyclepro and Bianchi.