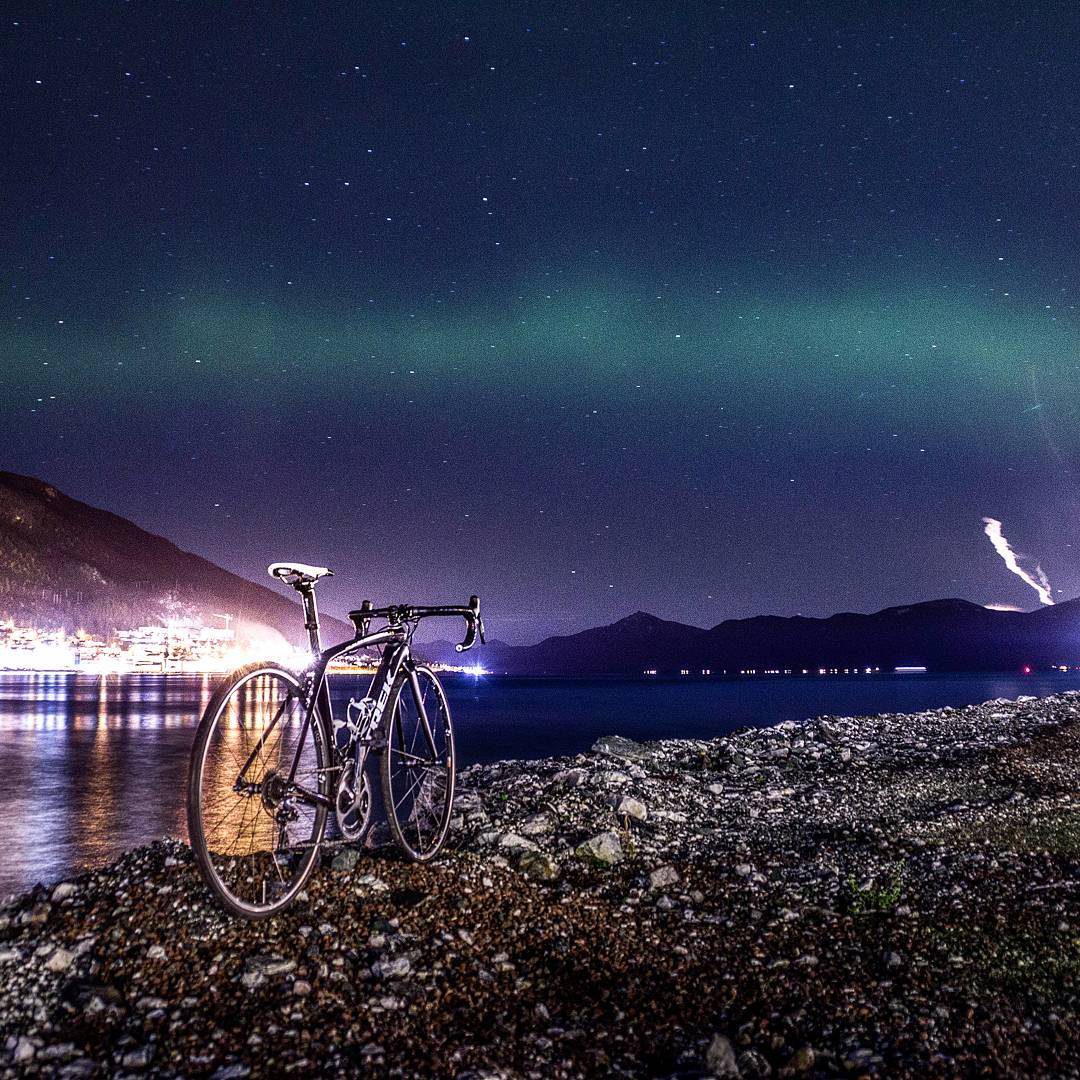 This brilliant picture is shot by Bjørn Anders Johnsen and published on his profile on instagram (@the_northern_rider). NorskSykling added some words and repostet it (@norsksykling). If you want to see more fantastic shots from Bjørn Anders Johnsen – just follow the button below.

Tromsø – gateway to the Arctic and capital of Northern Norway. Troms county. The third largest urban area north of the Arctic Circle.

Northern Lights on other planets

Tromsø is among the best places on earth to observe the Northern Lights.

But did you know that other planets also have them.

Voyagers 1 and 2 were the first probes to bring back pictures of auroras on Jupiter and Saturn, and later Uranus and Neptune. Since then, the Hubble Space Telescope has taken pictures of them as well.

Auroras on either Jupiter or Saturn are much larger and more powerful than on Earth, because those planets’ magnetic fields are orders of magnitude more intense.

On Uranus, auroras get weirder, because the planet’s magnetic field is oriented roughly vertically, but the planet rotates on its side. That means instead of the bright rings you see on other worlds, Uranus’ auroras look more like single bright spots, at least when spied by the Hubble Space Telescope in 2011. But it’s not clear that’s always the case, because no spacecraft has seen the planet up-close since 1986 (source: livescience.com).