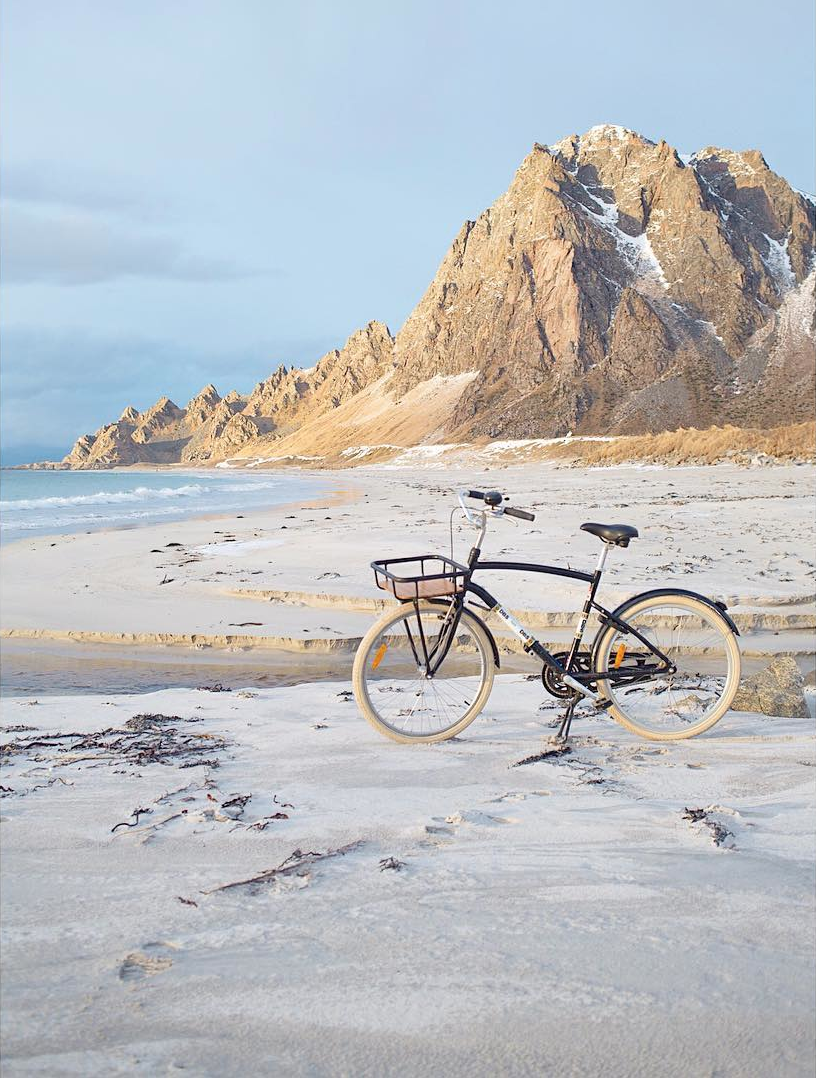 This brilliant picture is shot by Kathrine Sørgård and published on her profile on instagram (@1001rom.no_brevdue). NorskSykling then added some words and repostet it on our own profile (@norsksykling). If you want to see more fantastic shots from Kathrine Sørgård – just follow the button below.

A fishing village in the municipality of Andøy in Nordland county. Located on the northwestern part of the island of Andøya.

Bleik has one of the longest beaches in Norway, and it´s said that the beach is the reason for the village’s name. The beach is white, and bleik is a word for white/pale in the Norwegian language.

About 300 kilometres inside the Arctic circle

Andøya is the northernmost island in the Vesterålen archipelago, situated about 300 kilometres inside the Arctic circle. 489 square kilometres making it the tenth largest island in Norway.

Besides the flat and largely continuous bog areas, Andøya also consists of steep mountain ranges reaching up to 700 metres high. The sharp peak of Kvasstinden is the highest point at 705 metres.

The island is connected to the neighboring island of Hinnøya using the Andøy Bridge.