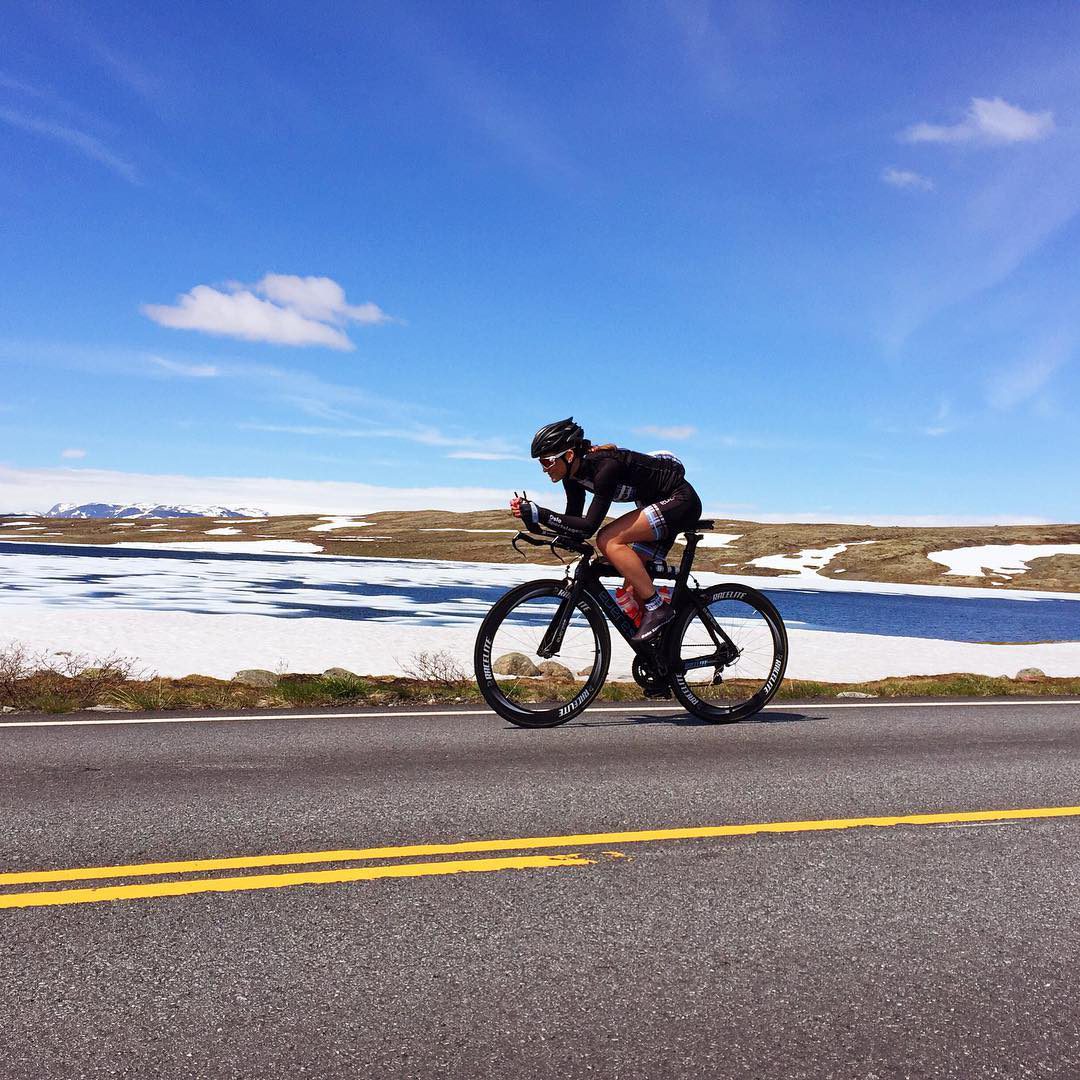 This brilliant picture is shot by Lars Petter Stormo and published on Trude Wermskog Stormo´s profile on instagram (@trudews). NorskSykling then added some words and repostet it on our own profile (@norsksykling). If you want to see more fantastic shots from Lars Petter Stormo – just follow the button below.

Triathletes out testing the first part of the NXTRI bike course

This is Trude Wermskog Stormo. From a ride with Lars Petter Stormo. Testing the first part of the NXTRI bike course.

The distances are equivalent to those of an Ironman race.

Swim starting from the loading bay of a car ferry, through the water of the Hardangerfjord fjord to the local town, Eidfjord.

At Eidfjord the competitors transition onto their bikes and then cycle 180 km through the mountains. First 40 km uphill (reaching 1200 m above sea level).

After transition two (Austbygda), the competitors run 42.2 km. The first 25 km (to Rjukan) are flat. Following this they end up climbing the local mountain, Gaustatoppen, 1,880 m above sea level.

The race time record is 9:43 by Allan Hovda (@allanhov). For women it´s 11:50 by Kirstin Lie (@trikristin), both in 2015, when the swimming was half distance because of cold water.

It spans from Numedal and Uvdal in the east and Røvelseggi and Ullensvang in the west across the Hardanger mountain plateau (Hardangervidda).