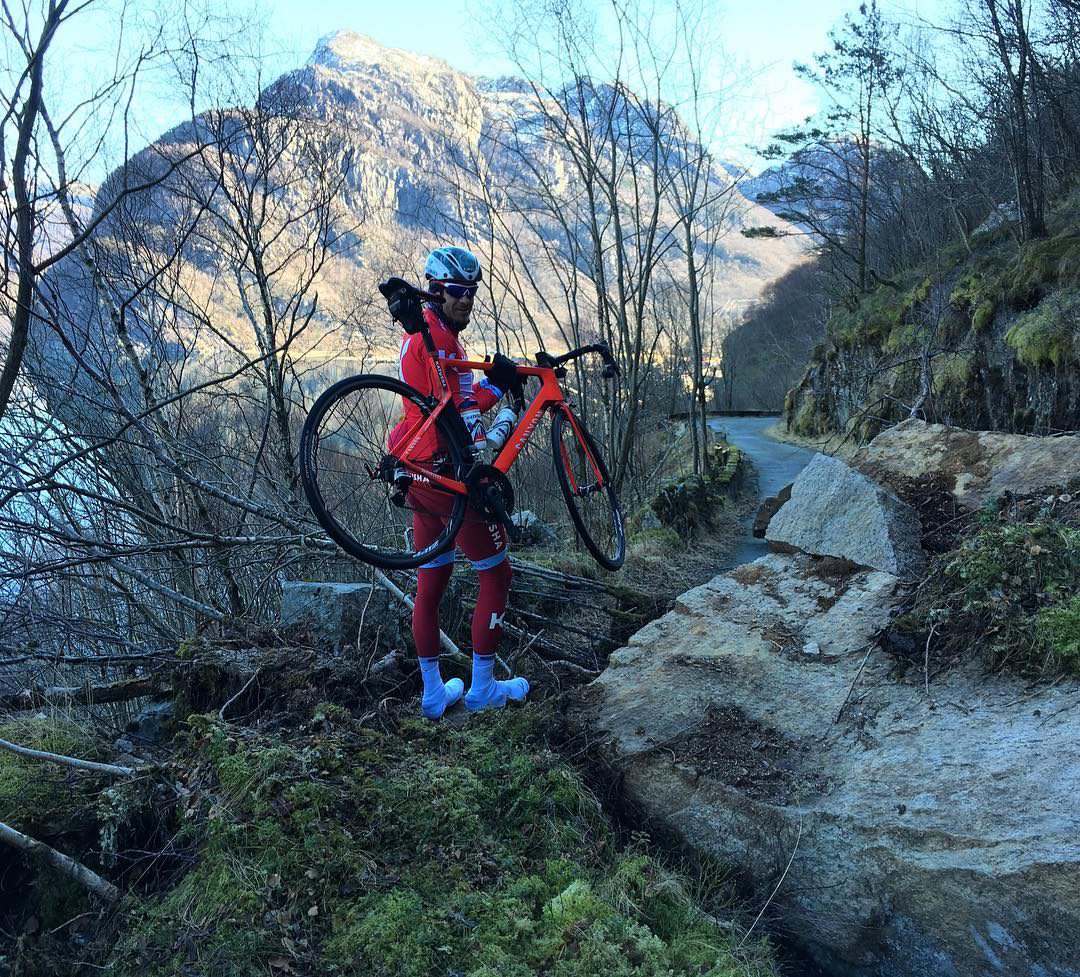 This brilliant picture is shot by Sven Erik Bystrøm and published on his profile on instagram (@sebystrom). NorskSykling then added some words and repostet it on our own profile (@norsksykling). If you want to see more fantastic shots from Sven Erik Bystrøm – just follow the button below.

From Dirdal. A village in Gjesdal municipality in Rogaland county. The village lies at the end of the Dirdalen valley, which stretches to the southeast from Dirdal.

The mountainsides are partly steep and tall and stretching on the southwest side against Vådlandsknuten, 811 m.

Today is the start of Milano – San Remo. An annual cycling race between Milano and Sanremo, in Northwest Italy. The first Monument of the cycling season. It´s the longest one day race on the professional calender. This year the race totals 291 kilometres and the finish is at the famous Via Roma.

Milano – San Remo is considered a sprinters classic because of its mainly flat course.
The most successful rider with seven victories is Belgian Eddy Merckx.

Last year, the race was won by John Degenkolb. The German outsprinted Alexander Kristoff and Michael Matthews on the Via Roma. Degenkolb will not defend his title as he is recovering from a training crash in January.

Will Kristoff kick back this year?