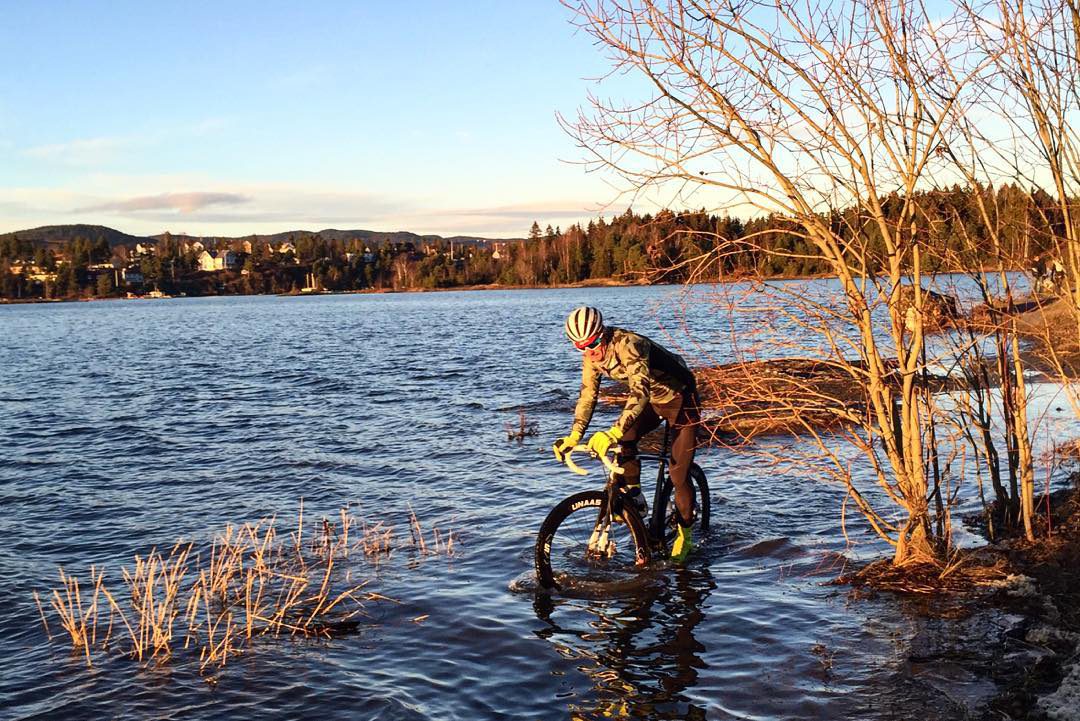 This brilliant picture is shot by Kristin Bærland and published on her profile on instagram (@kristinbarland). NorskSykling then added some words and repostet it on our own profile (@norsksykling). If you want to see more fantastic shots from Kristin Bærland – just follow the button below.

The snow has or is about to melt

The snow has or is about to melt now. It´s not as easy to ride a bike on it anymore. Although there are several that make a good try of it.

From Fornebustranda (The Fornebu beach). The beach has been named Storøyodden beach, but the vast majority refer to it only as fornebustranda.

At the end of what once was the runway at Fornebu Airport.

Oslo Airport Fornebu served as the main airport for Oslo and Norway since before World War II and until the evening of October 7, 1998, when it was closed down.

Overnight, a grand moving operation was performed, so that the following morning, the new main airport, located inland at Gardermoen, opened for operations as the main airport.

Fornebu is a peninsular area in the suburban municipality of Bærum in Norway, bordering western parts of Oslo.