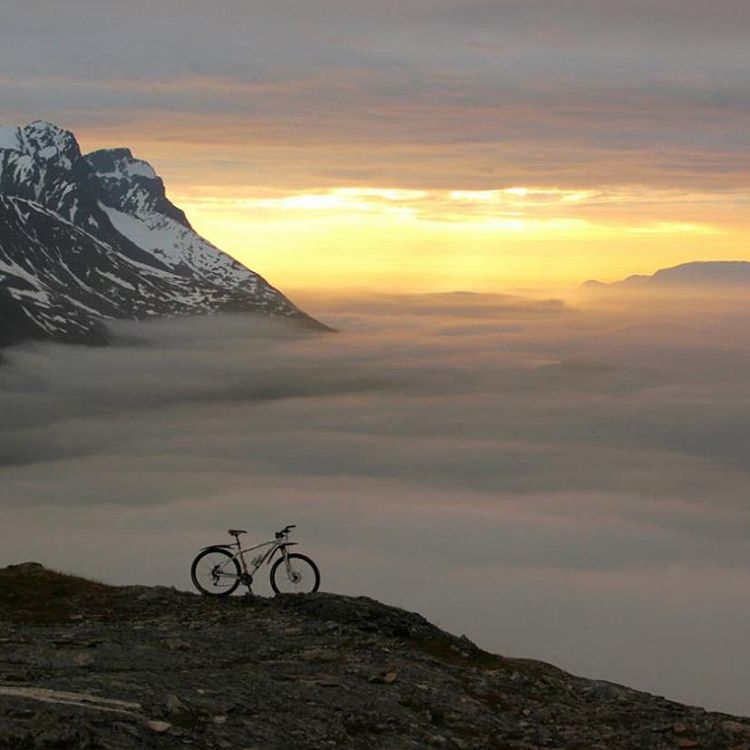 This brilliant picture is shot by Rolf D and published on his profile on instagram (@rolf_dmz). NorskSykling then added some words and repostet it on our own profile (@norsksykling). If you want to see more fantastic shots from Rolf D – just follow the button below.

A mountainous area in the municipalities of Kvænangen and Nordreisa in in Troms county.

European route E6 traverses the mountain through a route from Oks Fjord in the south to Kvænang Fjord in the north.

In the winter it´s closed for 10 to 15 days due to snow storms. A short stretch of the route is exposed to the weather, a gap near the route’s highest point, at 402 meters.

Did you know that fog is a complex atmospheric phenomenon? It is a visible mass consisting of cloud water droplets or ice crystals suspended in the air at or near the Earth’s surface.

Fog can be considered a type of low-lying cloud.

It forms when the difference between air temperature and dew point is generally less than 2.5 °C.