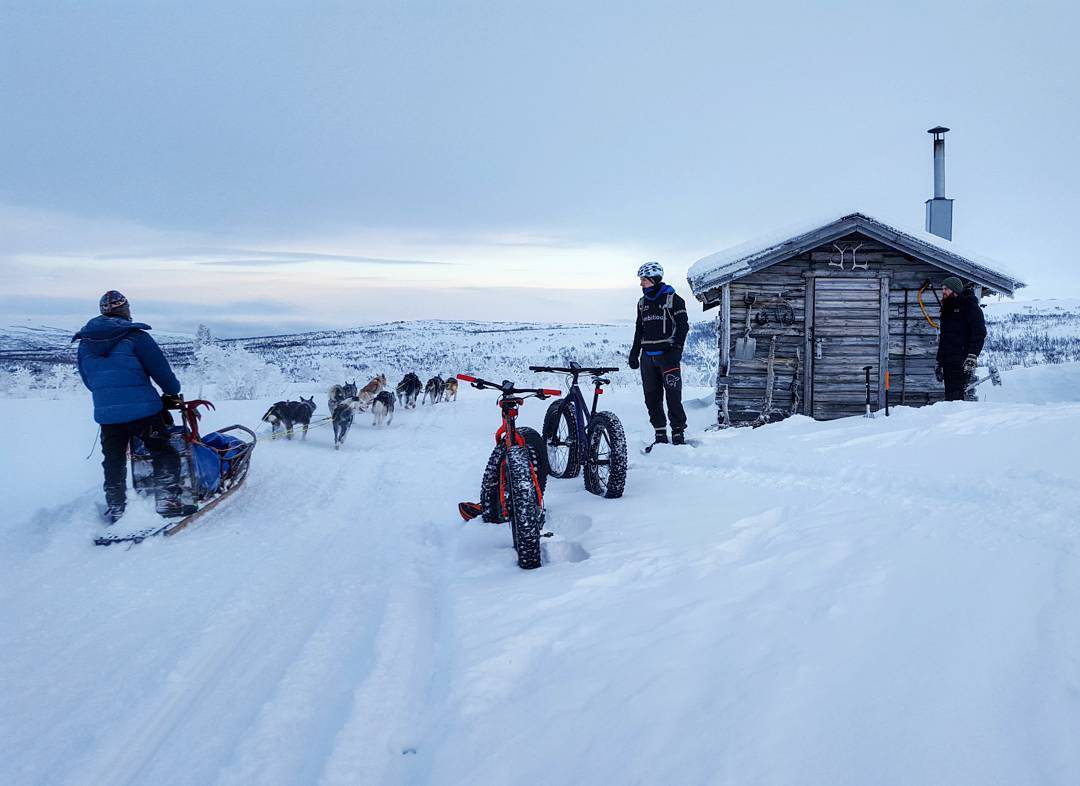 This brilliant picture is shot by Even Walseth and published on his profile on instagram (@evwal). NorskSykling then added some words and repostet it on our own profile (@norsksykling). If you want to see more fantastic shots from Even Walseth – just follow the button below.

Here we see a couple of ways of getting from A to B.

Did you know that the practice of using dogs to pull sleds dates back to at least 2000 BC. It originated in Siberia or North America, where many American Indian cultures used dogs to pull loads.

In 1911, Norwegian explorer Roald Amundsen used sled dogs in a race to become the first person to reach the South Pole. He succeeded, while his competitor Robert Falcon Scott, who had instead used Siberian ponies, tragically perished.

The shot is from Alta. A municipality in western Finnmark and the most populated municipality here. City status since 2000, and has the nickname «Nordlysbyen» «The polar light town.»